How does trade between countries impact an investment? 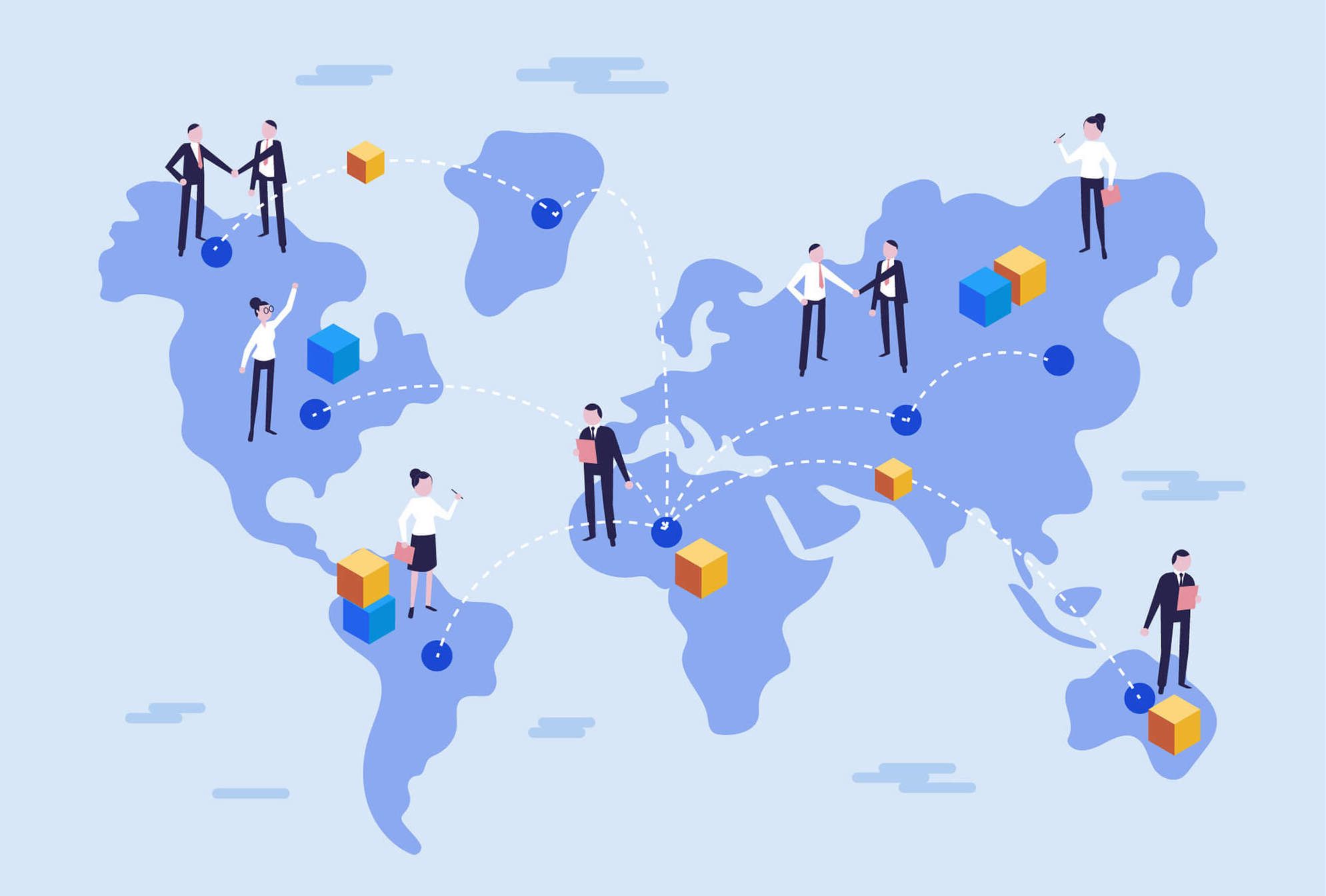 Global trade is the flow of goods and services between countries around the world. Trade between countries is an intricate system of transactions that leads to the creation of things we use every day. But, to get a sense of how important global trade has become, we only need to look at the cars on the road.

Toyota is a Japanese corporation that produces cars.  However, factories in England manufacture the chassis found in Toyota cars, production in Whales fabricate the engine, workers in the Czech republic create the seatbelts, Chinese factories provide the electronics and wiring, and French factories provide the headlights. Only the tires are made in Japan. And just before we buy the car at a local dealership, it is assembled at a factory in the United States. While our example doesn’t include the locations where the steel, plastics, fabrics, and rubber supplies are sourced to make these parts, it's a clear example of how global transactions impact us today.

Global trade exists due to country-specific competitive advantages. Each country produces certain goods and services exceptionally well and will trade with other nations for what it can’t make as well or as cheaply. The direction and magnitude of each transaction make up our economic health. Exports are goods and services that a country sells abroad, while imports are goods and services that a country buys from abroad. Economies and the stock market benefit when countries export more than they import. Let's take a look at a few trade policies that impact a country's competitive advantage.

Impact of trade policies on markets

Globalization is the process of businesses and organizations expanding to operate on an international scale.

Businesses have the option to buy supplies and sell goods or services in another country. In our example above, Toyota is a Japanese company that sources its parts from different countries to sell in the American markets. The countries listed above have taken advantage of globalization to help their economies grow. By being open for trade and business, countries have allowed a foreign company like Toyota to build infrastructure and jobs where their citizens directly benefit from the circular flow of money from consumers in other countries.

Protectionism is an opposite process in which domestic industries are shielded from foreign competition.

Protectionist policies are those that reduce global trade in favor of promoting the domestic economy. They often make imports more expensive so that domestic industries can compete with cheaper foreign competitors. President Trump in his term was pro-protectionism to bring businesses back to the US. He renegotiated the North American Free Trade Agreement (NAFTA) between Canadian prime minister Justin Trudeau and Mexican president-elect Andrés Manuel López Obrador. Trump threatened tariffs or international taxes on Mexican and Canadian imports unless the countries revised the trade agreement. On Jan. 29, 2020, President Donald Trump signed the United States-Mexico-Canada Agreement (USMCA). The White House estimated it would create 600,000 jobs and add $235 billion to the economy.

The supply chain webs that are created from global trade means that changes in global trade policies will have impacts on our investments. If we own stock in a company, the value of that stock relies on the value of that business. Therefore, if the company operates in another country that recently imposed trade policies that increased the costs for the business or made it more difficult for the business to grow, then the policy has a negative impact on the value of the business which will cause the stock price to fall. In the case of protectionist policies, companies may benefit in the short term until other countries retaliate with protectionist policies of their own. An example is the trade war between the US and China. Protectionism tariffs from both sides have hurt domestic businesses notably in agriculture and silicon chip manufacturing.

We often find that increased globalization has a positive effect on the markets because it reduces costs and leads to increased spending. However, not all investments will benefit. While increased globalization leads to increased overall total growth, it can be harmful to domestic industries that aren’t as competitive as others abroad. For example, if we are invested in a business that produces something in the United States that can be made better for cheaper elsewhere, then globalization will hurt the profitability of that business and therefore lower the value of our investment.

When changes in global trade policies occur, we need to stay on top of how they might impact our investments. If we own stock, will the changes help the business grow or become more profitable? Or will it negatively impact the operations of the business? Will it even affect the company at all? Answers to these questions will impact the value of the business and therefore its stock price will rise or fall as a result.