Where do you place your trust today?

"Trust is to capitalism what alcohol is to wedding receptions: a social lubricant." - Jeremy Useem, The Atlantic. 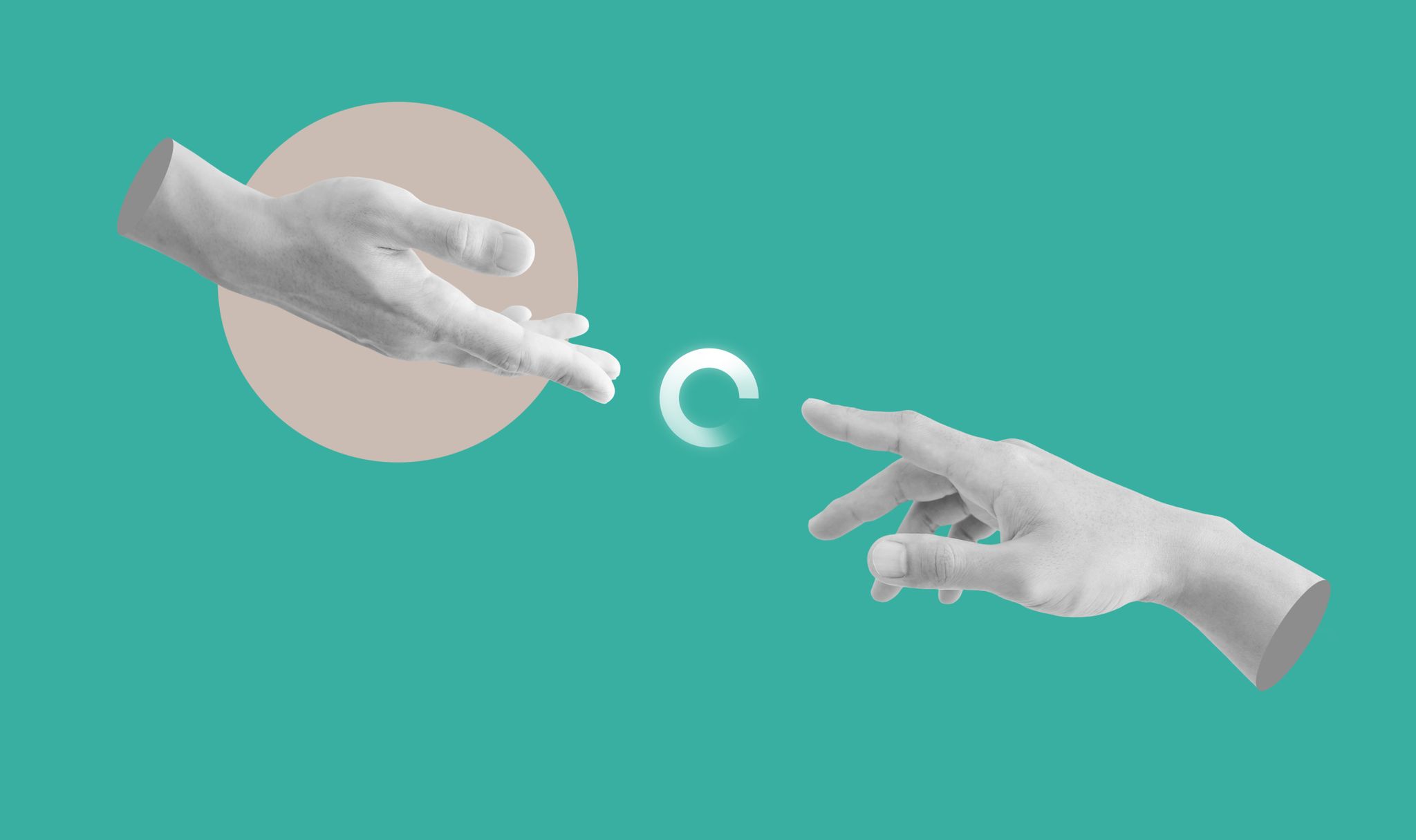 At what point did we start hiding our wallets at work?

The question is odd, especially for those who don't work in a physical office anymore due to Covid-19. At one point, everyone walking away from their desks or cubicles had to make the decision. Do I put my wallet away? Or do I leave it on my desk?

A British anthropologist named Robin Dunbar tried to answer this question in the '90s. He hypothesized that there's a limit to the number of social relationships a person can maintain at any time. After comparing the brain size and the social groups of different primates, Dunbar concluded the number to be a range of 100-250 for humans. Furthermore, he found his answer satisfactory after comparing other empirical observations, such as the population of small villages, nomadic tribes, and military groups. Out of the range comes Dunbar's number.

According to Robin Dunbar, if we work at a company with less than 150 employees, everyone still recognizes each other and feels the social obligations to a tribe to promote everyone's well-being. In this case, this means not stealing from each other. However, once the employee count increases beyond 150, anonymity kicks in, and people are more inclined to be out for themselves. Dunbar's number has gained popularity as Malcolm Gladwell wrote about social issues within companies in his book The Tipping Point. Facebook, MySpace, and gaming companies had used Dunbar's number to measure virtual communities.

Some of us may find Dunbar's number to be much higher than expected. Or, out of caution, we may be someone who never leaves our wallets out in the open. The decision ultimately comes down to the amount of trust we have for others.

It's hard to escape the pressures of modern society to build our identity through curated pixels about our life. These pixels offer the outside world a glimpse into who we are as individuals and have effectively eliminated the physical proximity previously required to build relationships in old times. After all, if we own a cool NFT, strangers in the metaverse may be more inclined to hear what we have to say or follow us on Twitter.

The same broad-reaching pixels also offer us more anonymity. We can live a wholly separate life on the internet than who we are in person. For example, those whose palms gush sweat when witnessing confrontation can now have a voice to be the first to call out social justice injustice on the internet. Or, if we have front row seats to the wrongdoings of a company, we can have an outlet to expose the bad without immediately risking backlash or negative reciprocation. The anonymity has been beneficial in many ways; however, it's also the same anonymity that eluded Dunbar's number.

Jeremy Useem is quickly becoming another of my favorite writers next to Derek Thompson, who I quoted in a post about why companies give out free products. Jeremy published a piece on The Trust Recession in The Atlantic. Jeremy's position is that people are losing trust, and as a nation, we are in a trust recession.

Some early indicators of the pending trust recession are the divisive political cycles and the transition to working from home due to Covid-19. In March 2020, a recent study of 5,400 Finnish workers showed trust levels were high among coworkers. However, by May, two months into lockdown, the trust numbers had slipped. By October, seven months into the pandemic, the employees' degree of confidence in one another was down substantially. The only difference was that interactions happened behind pixels of a Zoom call instead of in-person. Jeremy continues to name a few other examples, which I encourage you to read.

The meat of the issue isn't merely that people are losing trust in their coworkers. Instead, trust greases the wheels of financial markets.

"Trust. Without it, Adam Smith's invisible hand stays in its pocket; Keynes's 'animal spirits' are muted. 'Virtually every commercial transaction has within itself an element of trust,' the Nobel Prize-winning economist Kenneth Arrow wrote in 1972." - Jeremy Useem, The Atlantic.

Compared to international markets, the US capital market has always been one of the most trustworthy. To list its stock on a stock exchange, a company needs to report audited financials regularly. The executives of the companies also conduct earning calls where investors can ask them questions about the business. The level of transparency provided builds trust with investors.

In contrast, stock exchanges in China have historically required a lot less scrutiny. As a result, investors speculated wildly on companies without understanding the state of the business. The rampant speculation led to massive bubbles and losses for investors. As a result, even with renewed regulations, many foreign investors are still hesitant to invest in Chinese companies. Even recently, Chinese real estate investors have still been burned by a lack of transparency.

Wait, what does this mean?

If trust drives healthy financial markets, should we be worried about the trust recession?

Somewhat but mostly no. It's important to note that Jerry is referring to markets where the lack of trust is systemic. The US capital market has been the most trusted and will continue to be—there's nowhere else for investors worldwide to look. This provides stability. However, as investors, we shouldn't ostrich our heads underground and ignore the depletion of trust. So let's hone in on where trust is lost.

However, we've been in a 12-year economic expansion period, yet approval ratings for the current sitting president and the previous president have been much lower than what historical data would have expected.

People are unhappy and are overlooking the economy. Bipartisan politics have shifted everyone's attention from what we currently have to what we don't have. This causes an insatiable hunger for division and an endless zero-sum tug of war where one side is determined to take from the other. Bills cannot be passed, nor can regulations be implemented to protect markets. The mere effort of trying to think of a path forward starts undermining trust from another fellow human.

Somewhat related to bipartisanship, a lot of people cannot agree on the current monetary and fiscal policies. The government uses both fiscal policies and monetary policies together to get money to the people. The central bank either increases the money supply by quantitative easing, buying government assets, or printing paper money. The central bank can only implement monetary policy and cannot issue any money. To get this money to the people in the form of stimulus checks, the Federal government needs to sell bonds to the central bank, and distribute the money received from the bond sale.

To prevent an economic recession due to mandated lockdowns, the government has pumped an incredible amount of money in the form of stimulus.

If we look at our total money supply, we can understand the context.

More money supply means more inflation and a lot of people are starting to talk about inflation. In October, consumer prices have increased by over 6%. Recently, the president signed in a $1.2 trillion infrastructure bill. Investors are divided on whether more money supply is good, and which asset classes will be hurt the most by inflation.

Misaligned values between companies and users

Capitalism, when working as intended, can be a positive-sum.

Our standards of living for everyone living in the US today are substantially higher than pre-industrial era US. However, companies that become too big, too powerful, and too profit-driven are subtractive to a positive-sum outcome. Recently, Frances Haugen stepped forward as a whistleblower against Facebook (now Meta). Among the major issues raised were the known negative impacts that Instagram had on teenage girls. Frances accused Meta of prioritizing profits over the wellbeing of its users.

When the Banks over-levered in toxic mortgage debt and caused the 2008 financial crisis, consumers were hurt economically by the recession that followed. Many investors were also caught unprepared and ended up losing a lot of their hard-earned savings. While the government has bailed out the banks and implemented tighter restrictions, consumers have still not forgiven the banks.

To this day, even with the S&P500 being 3x higher than the levels of 2007, there is still deep mistrust with traditional banks. A lot of millennials and GenZ are turning to Neo-banks or choosing to keep their cash in Venmo.

Earlier this year, when the meme stocks exploded, Robinhood and many brokerages had to halt trading of $GME and $AMC. Users were really upset with Robinhood. Posts spread like wildfire about how Robinhood was colluding to steal money from the users by preventing trading. The real reason Robinhood halted trading was that the stock prices rose so quickly that Robinhood didn’t have enough collateral (cash as a percent of the stock’s value) that clearinghouses required to execute the trade. For a brief moment, Robinhood was insolvent.

Most of the folks who were mad at Robinhood didn't understand the seriousness of the situation. Robinhood's brand took a major hit and lost a lot of trust with its users.

The trading of $USO in early 2020 is a second example of when investing without properly understanding erodes trust.

The problem was that instead of investing in oil spot prices, $USO invests in oil commodity futures contracts. Oil was in contango.

Investors were guaranteed to lose money over time. The result was that oil prices briefly turned negative as $USO had to dump short-term contracts to roll out the duration.

Investors who decided to also trade $USO options lost all of their money. Due to the lack of understanding and misplaced trust, crowds repeated a mistake already made.

In less than a few months later, people were at it again with $SLV.

And then, a user /u/TheHappyHawaiin shared a theory of how $SLV was created by JP Morgan to fleece retail investors.

I personally believe that $SLV was a vehicle created for a very specific need to hedge against silver prices for institutional investors and speculators were just using this improperly. Wherever you stand on the Wall Street vs all street argument, we can both find common ground that there's a big deterioration of trust.

How do we start building trust?

We will retire one day. With social security no longer a safety net, we need to secure our own futures. Moreover, with a 6% annual inflation, our dollar is only worth $0.94 the following year. Pushing off investing is no longer an option.

Empower ourselves through learning

The first step in securing our future is to invest time in learning. If hedge funds spend the majority of their time understanding the assets they are investing in, why shouldn't we at least learn the basics? Understanding more will help us better engage in online investing communities and be able to make more informed decisions. Ultimately, we need to trust ourselves first before anyone else. We know best what our goals are, what our risk appetite is, and that we have our best interests in mind.

Start learning completely free on Archimedes. We provide a fun and immersive experience to help investors learn to take their first steps. We've organized everything to fit your goals so that you don't need to google again.

As we learn more, perhaps we realize the only way to trust is if things change altogether. Many people have found themselves in the same shoes and the idea of crypto becomes alluring. Crypto offers the potential to build a fairer financial system independent of the government or any centralized power. Crypto is still a very new asset class with its risks and it isn't appropriate for everyone.

AltoIRA is an exciting startup we've partnered with. Alto helps us be able to invest in crypto in our retirement accounts.